COVID-19 continues to be a diminishing issue for U.S. children, as the number of new cases declined for the ninth consecutive week, based on data from the American Academy of Pediatrics and the Children’s Hospital Association.

New cases were down to 29,000 for the week of March 18-24, a drop of 9.3% from the previous week and a full 97.4% lower than the peak reached during the Omicron surge in January, the AAP and CHA said in their weekly COVID report. The most recently infected children brought the total number of COVID-19 cases to just over 12.8 million since the pandemic began. 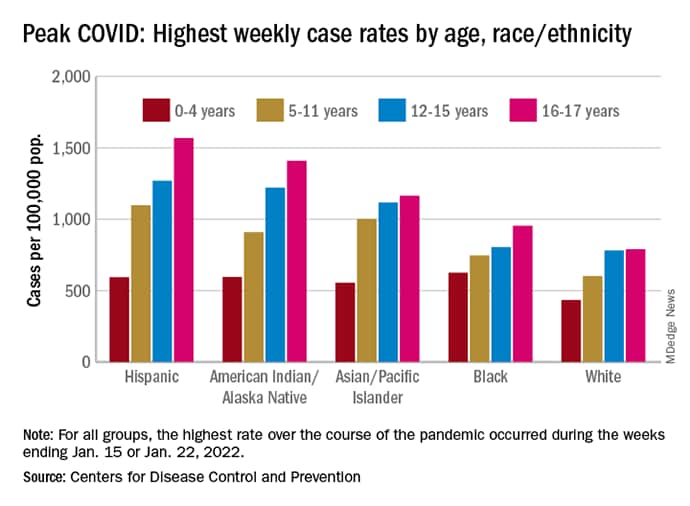 Other measures of COVID occurrence in children, such as hospital admissions and emergency department visits, also followed recent downward trends, although the sizes of the declines are beginning to decrease. Admissions dropped by 13.3% during the week ending March 26, but that followed declines of 25%, 20%, 26.5% and 24.4% for the 4 previous weeks, data from the Centers for Disease Control and Prevention show.

Although he was speaking of the nation as a whole and not specifically of children, Anthony Fauci, MD, the director of the National Institute of Allergy and Infectious Diseases, recently told the Washington Post that, “unless something changes dramatically,” another major surge isn’t on the horizon.

That sentiment, however, was not entirely shared by Moderna’s chief medical officer, Paul Burton, MD, PhD. In an interview with WebMD, he said that another COVID wave is inevitable and that it’s too soon to dismantle the vaccine infrastructure: “We’ve come so far. We’ve put so much into this to now take our foot off the gas. I think it would be a mistake for public health worldwide.”

Disparities During the Omicron Surge

As the country puts Omicron in its rear view mirror, a quick look back at the CDC data shows some differences in how children were affected. At the surge’s peak in early to mid-January, Hispanic children were the most likely to get COVID-19, with incidence highest in the older groups. (See graph.)