People who receive two COVID-19 jabs and later contract the Delta variant are less likely to infect their close contacts than are unvaccinated people with Delta.

The first study to look directly at how well vaccines prevent the spread of the Delta variant of SARS-CoV-2 brings good news and bad.

The study shows that people who become infected with the Delta variant are less likely to pass the virus to their close contacts if they have already had a COVID-19 vaccine than if they haven’t1. But that protective effect is relatively small, and dwindles alarmingly at three months after the receipt of the second shot.

The findings add to scientists’ understanding of the vaccination’s effect on curbing Delta’s spread, but are “both more and less encouraging”, says Marm Kilpatrick, an infectious-disease researcher at the University of California, Santa Cruz.

Previous studies have found that people infected with Delta have roughly the same levels of viral genetic materials in their noses regardless of whether they’d previously been vaccinated, suggesting that vaccinated and unvaccinated people might be equally infectious2. But studies also suggest that vaccinated people are less likely to spread the virus if they subsequently catch Delta: their levels of nasal virus drop faster than do those of unvaccinated infected people, and their nasal swabs contain smaller amounts of infectious virus3,4. 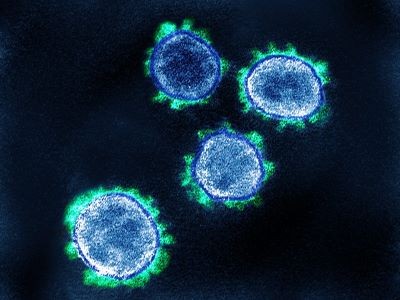 The latest study examined the effect of vaccines on transmission more directly. It analysed testing data from 139,164 close contacts of 95,716 people infected with SARS-CoV-2 between January and August 2021 in the United Kingdom, when the Alpha and Delta variants were competing for dominance.

The authors found that although the vaccines did offer some protection against infection and onward transmission, Delta dampened that effect. A person who was fully vaccinated and then had a ‘breakthrough’ Delta infection was almost twice as likely to pass on the virus as someone who was infected with Alpha. And that was on top of the higher risk of having a breakthrough infection caused by Delta than one caused by Alpha.

Unfortunately, the vaccine’s beneficial effect on Delta transmission waned to almost negligible levels over time. In people infected 2 weeks after receiving the vaccine developed by the University of Oxford and AstraZeneca, both in the UK, the chance that an unvaccinated close contact would test positive was 57%, but 3 months later, that chance rose to 67%. The latter figure is on par with the likelihood that an unvaccinated person will spread the virus.

A reduction was also observed in people vaccinated with the jab made by US company Pfizer and German firm BioNTech. The risk of spreading the Delta infection soon after vaccination with that jab was 42%, but increased to 58% with time.

“There’s a step-change with Alpha versus Delta, but then there’s also a change over time,” says co-author David Eyre, an epidemiologist at the University of Oxford, UK. The results “possibly explain why we’ve seen so much onward transmission of Delta despite widespread vaccination”.

But the results also offer the “intriguing possibility that if you do run a booster campaign because you want to protect individuals, it may also have this effect of reducing transmission,” says Eyre.

Booster campaigns raise a new uncertainty, says Stephen Riley, an infectious-diseases researcher at Imperial College London: “whether the same waning of protection from infectiousness will occur after the third dose”.